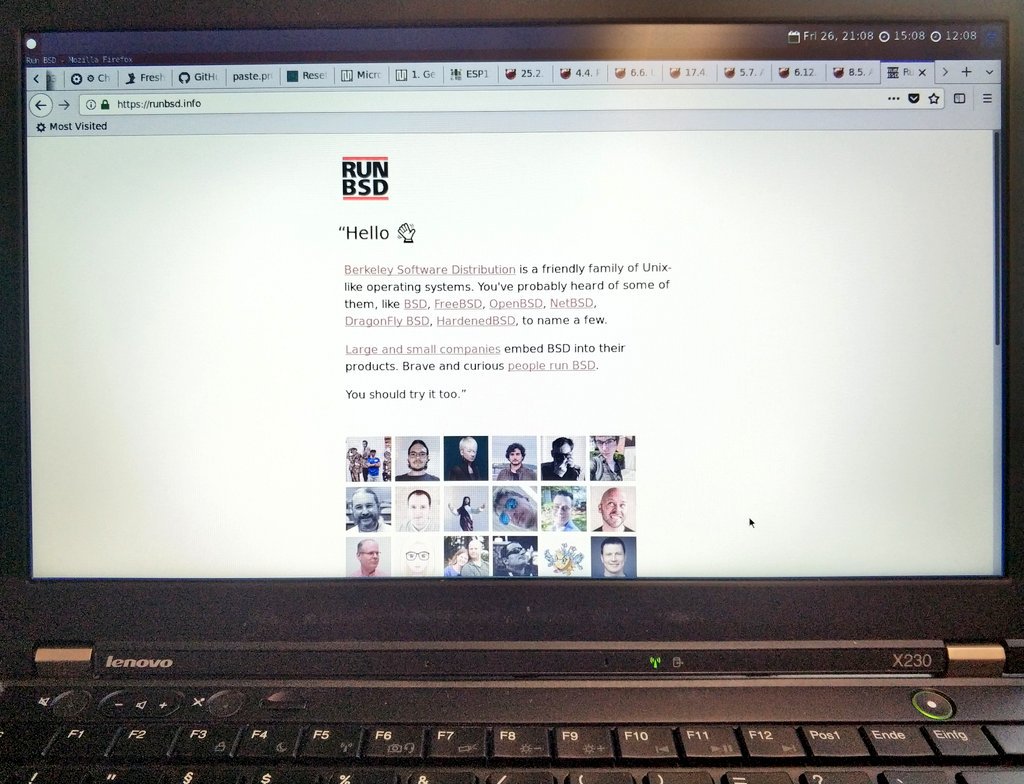 There is an ongoing joke about the "Year of the Linux desktop", even though it has been there and working well for at least a decade already, just not very mainstream. People who know me also know that I like free and open source software for its usability rather than pure ideology, and I also like to try many different things. So I played with many desktop environments, apps, shells, and operating system distributions, including non-GNU/Linux based ones. I like questioning and exchanging about problems, contributing to packages and documentation, and getting things to work. Recently, in a FreeBSD group in a social network, someone asked what we use FreeBSD for. Here is my answer:

I run FreeBSD on servers and play with it on a laptop, but not my main laptop. I prefer Linux with systemd and GNU coreutils because of speed and convenience, i.e., NetworkManager, PulseAudio, utilities like cp behaving as expected, and everything just working. On a FreeBSD desktop, I face too many issues with battery state not being available unless I build the kernel from source or wait for another release, touchpad being wonky, some graphics issues with OpenGL not being able to initialize quite often, audio being weird (e.g., switching to headphones with sysctl and restarting the app producing the sound), Bluetooth audio not being available because the necessary port doesn't even build with the configuration needed, suspend/resume sometimes just shutting down instead of resuming, and Wi-Fi requiring netif restarts and getting authentication errors frequently.

My reply was quite concise and less fully explanatory of course, so I hope that it just delivers an impression of the challenges one will face when trying FreeBSD on a desktop. Eventually, I am certain that with more further work we will get FreeBSD to a point where it can compete with a GNU/systemd/Linux-based desktop. Even though many things already work very well, I am hoping for more adoption from the GNU world for a boost. And Inferno, Haiku and Hurd are even further behind than FreeBSD, so it remains the only other option. Other alternative, proprietary OSs, unfortunately, are way worse. That's why I still give FreeBSD a try.