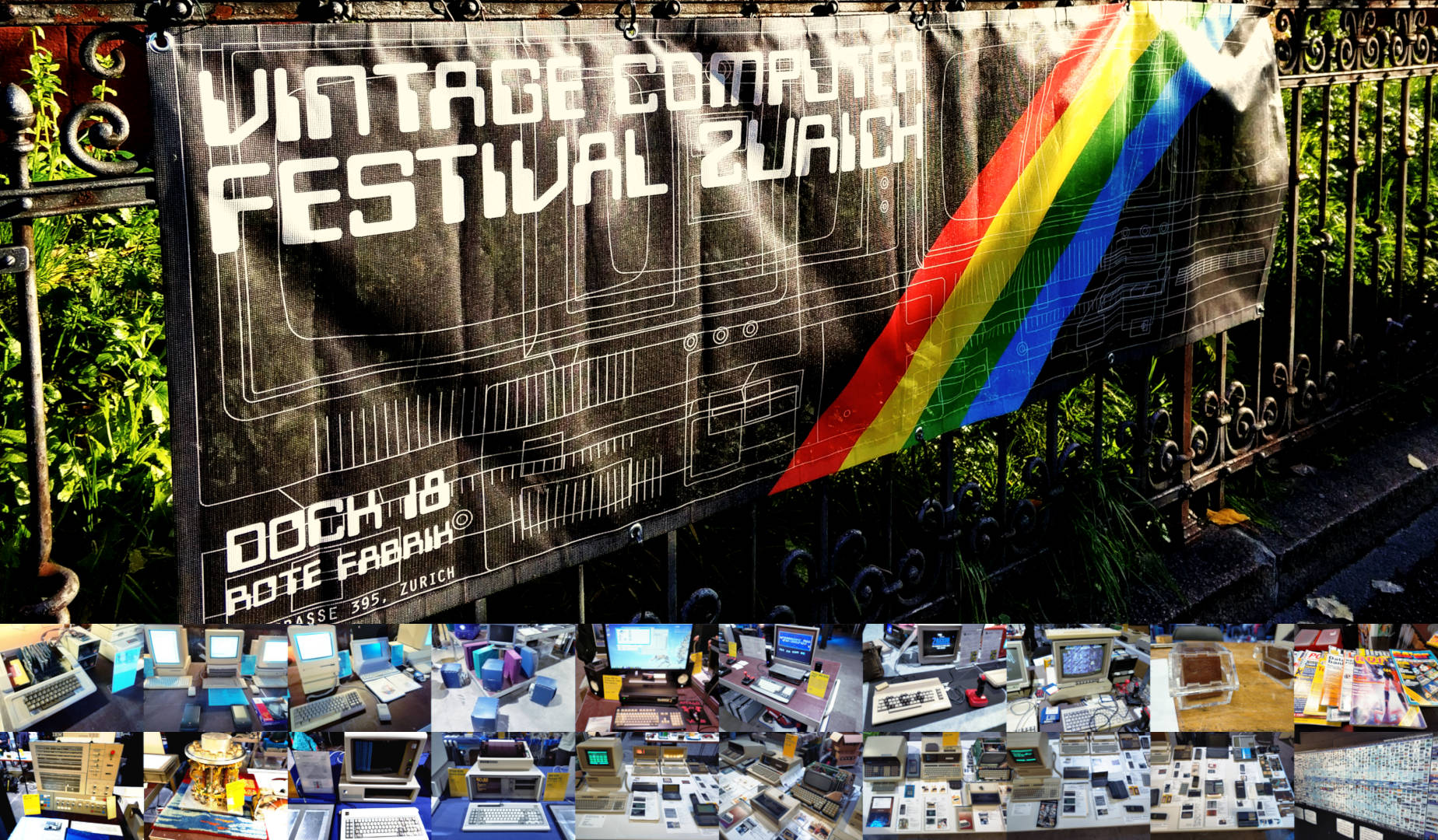 On Saturday last weekend, I attended the Vintage Computing Festival in Zurich (vcfe.ch) together with my girlfriend. An exhibition hall full of old computers and gaming consoles expected us, featuring machines (or parts in some cases) from IBM, HP, DEC and Apple, the obligatory Commodore C64s and Amigas, some other home computers and gaming consoles from the 90ies and 2000s, and a whole bunch of people kindly explaining what they had brought. Besides the exhibition, there were huge posters for sale listing milestones of the digital evolution (computerposter.ch) of which I bought the 2016 version, tiny self-made chocolate floppy disks, a good selection of talks, and finally, a one-hour C64 demo roundup from the previous years. We attended a talk on the DEC PDP-10, for which the speaker had recovered many parts of the Incompatible Timesharing System (https://github.com/pdp-10/its), so it can be run in an emulator, and an improvised talk on the Atari 2600. I also took the chance to talk to Lawrence Wilkinson, who had famously preserved an IBM System/360 frontpanel and reimplemented the underlying system through an FPGA (http://www.ljw.me.uk/ibm360/). The machine is now more than 50 years old, so it was quite impressive to see it working right before us. My girlfriend asked about the counters on the panel, and he told us they were for counting operation time, because back in the days, customers were charged based on time units of usage, i.e., it is very much the same payment model as with cloud providers these days. I had to smile about that. :)